Play-to-earn games, also known as P2E, are a new type of video game. What makes these games unique is that players can earn real-world value from their in-game assets, progress, and achievements. So, you’re playing and having fun, while at the same time making a few bucks. Well, that’s not bad at all.

In this article, we’ll go into more detail about what precisely P2E games are and how they originated, as well as take a look at some of the finest P2E games that you can play right now. Gamers, listen closely, as you may easily discover titles that will occupy your time in the following months!

These games often use blockchain technology to create unique and scarce in-game items that can be bought, sold, and traded on marketplaces outside of the game, allowing players to earn money from their in-game activities. The games are different from traditional free-to-play games or pay-to-win games, in that players can earn real-world value through gameplay, rather than just spending money to acquire in-game items.

Still, the actual concept of P2E games has been around for a while. Early examples date back as far as to the early days of online gaming. However, it wasn’t until the advent of blockchain technology and the rise of cryptocurrencies that P2E games truly began to take off. There’s now so many of them that it’s hard to keep track of it, but with reliable media outlets such as tradecrypto.com reporting about P2E gaming, it’s sure easier.

Interestingly, one of the earliest examples of a P2E game was the massively multiplayer online role-playing game (MMORPG) Second Life, which was launched in 2003. In Second Life, players could earn real-world money by creating and selling virtual goods, such as clothing and furniture, within the game. This concept of earning real-world money through in-game activities laid the foundation for the P2E model.

Now, it’s time to share six of our favorite P2E games that are well-worth spending some time in their virtual worlds. Without further ado, the best P2E games are:

First up, we have “CryptoKitties”. This game allows you to collect, breed, and trade unique digital cats on the blockchain. These kitties are one-of-a-kind and can be sold for big bucks, making it a Play-to-Earn game that will have you purring with profit. The game’s popularity skyrocketed in 2017, and even caused a minor congestion in the Ethereum network due to the high volume of transactions. With its cute and whimsical design, CryptoKitties appeals to a broad range of players and has become a mainstay in the Play-to-Earn scene. 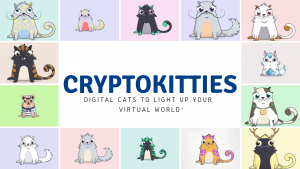 Next, we have “My Crypto Heroes”. This RPG game allows you to collect and train historical figures, such as Napoleon and Cleopatra, and use them to battle other players. The more battles you win, the more valuable your heroes become, making it a Play-to-Earn game that will have you mastering the art of war and raking in the rewards. The game combines blockchain technology with a historically-inspired fantasy world, making it a truly unique experience. The game is also constantly updating and adding new heroes to collect and battle with, keeping the game fresh and exciting. 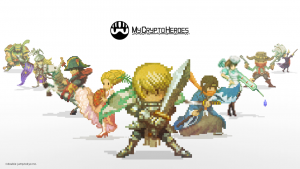 Third on the list, it is the great “F1 Delta Time”. This racing game allows you to collect and race virtual Formula 1 cars on blockchain. Not only you can race and earn rewards, also you can buy and sell cars with other players and make a profit. This game combines the excitement of racing with the thrill of investing, making it a Play-to-Earn game that will have you burning rubber and cashing in. In addition, the game is officially licensed by Formula 1, which adds a level of authenticity to the racing experience.

Sweatcoin is a popular Move-to-Earn (M2E) game that rewards players for their physical activity. The game tracks a player’s steps using the GPS on their smartphone and converts them into in-game currency called Sweatcoins. These coins can then be used to purchase real-world goods and services, such as gift cards or fitness equipment.

The game is simple, every step you take is tracked by the app and converted into Sweatcoins. The more you move, the more coins you earn, and the more rewards you can access. There are different levels of membership within the app and the higher the level, the more rewards you can access. Fitness has never been more fun after the introduction of Move-to-Earn concept. If you want to learn more about what is move to earn, TradeCrypto has got a reliable guide for you. 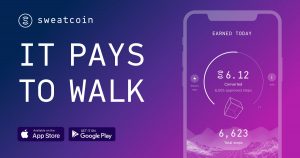 “Miner World” is another successful P2E title. A massively multiplayer online game where you can mine virtual resources, build and expand your virtual city, and trade your resources with other players. As you progress, you will unlock new technologies, mine rare resources and your city will grow bigger and more valuable, making it a Play-to-Earn game that will have you digging for gold and striking it rich. The game’s unique blend of city-building and resource management makes it stand out in the Play-to-Earn genre, providing a satisfying and engaging experience.

Let’s now talk about “The Sandbox”. It’s quite an innovative game. It takes the concept of sandbox gaming and goes with it to undiscovered places, making it more epic than ever. Namely, The Sandbox is a game where you can create your very own virtual worlds! You use blockchain-based assets, and you monetize them by creating experiences, games, and applications.

Creativity is a must, but it’s fun! This game allows you to let your creativity run wild and profit from it, making it a Play-to-Earn game that will have you building empires and cashing in on your creations. The game’s voxel-based sandbox environment allows players to create detailed and unique worlds, and the game’s metaverse concept allows players to collaborate and interact with each other’s creations, making it a truly social and community-driven experience. 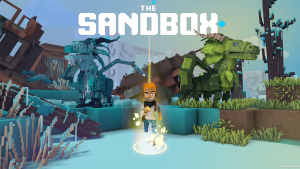 These games are not among the magnificent six, but they still have a lot to offer. In fact, eliminating from the main selection certainly wasn’t easy. The runners-up are:

Between these six P2E video-games, everyone is bound to find at least one game for themselves. Whether it’s Miner World, The Sandbox, My Crypto Heroes or some other title, we bet you’ll be having lots of fun while earning those cryptos!

But don’t stop there. The market is filled with interesting P2E games, so keep digging and let us know in the comments if you’ve found something worthwhile for fellow gamers to take notice. Happy gaming!

Zane Halbur
Zane Halbur is a gambling writer with a passion for the industry. He has been writing about casinos, gaming, and everything in between for over six years. When he's not pounding away at the keyboard, you can find him playing poker or blackjack at his local casino.